24 Belgian students to the conquest of CERN 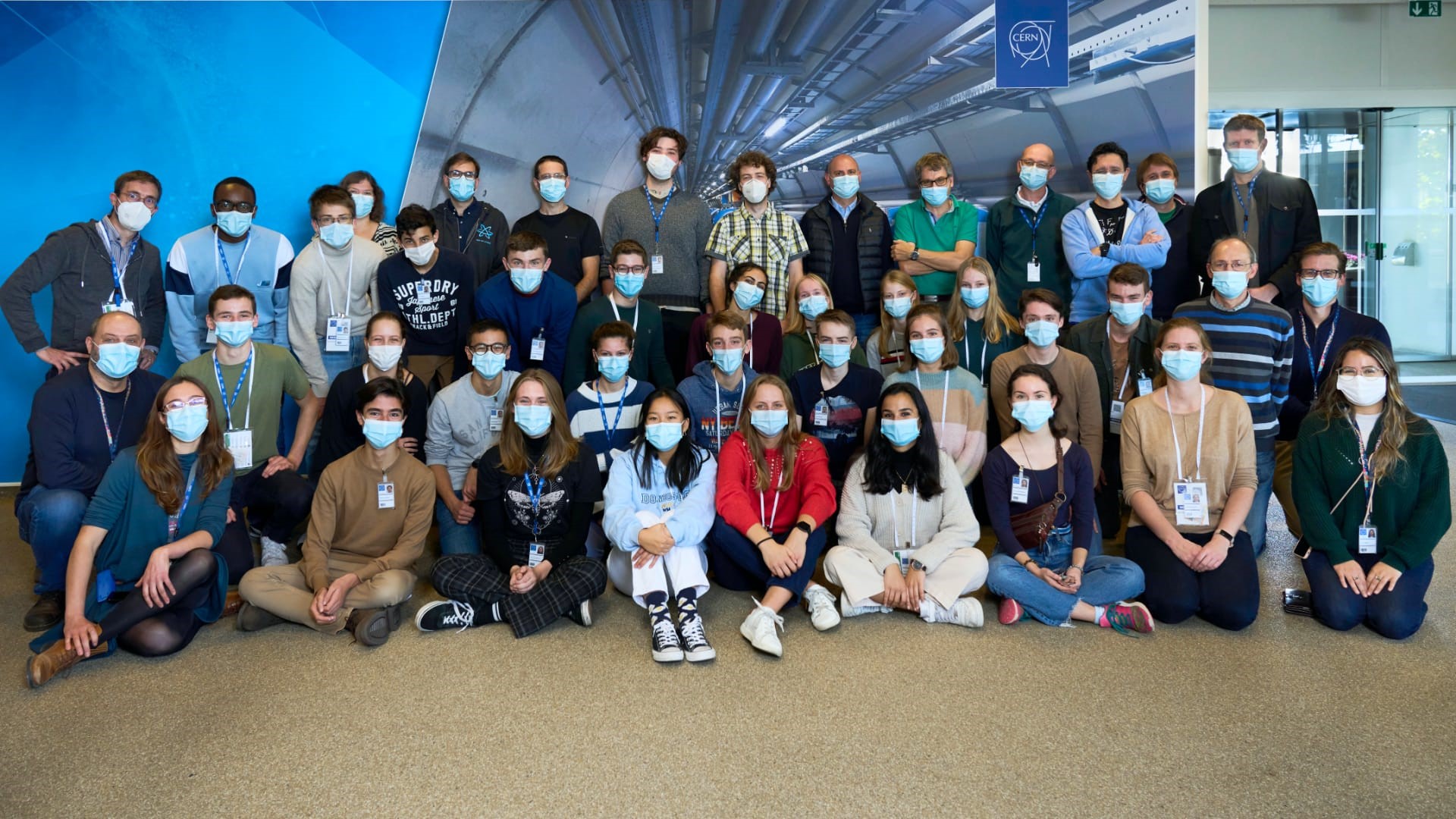 Having the chance to do a two-week internship at CERN, to learn more about particle physics, to meet and network with other young people with the same passions, is a dream come true for 24 Belgian students!

« I had no idea what to expect from this internship... but it's 100 times better than anything I could have imagined! » « It's just amazing to be here! I never thought I would be selected! » 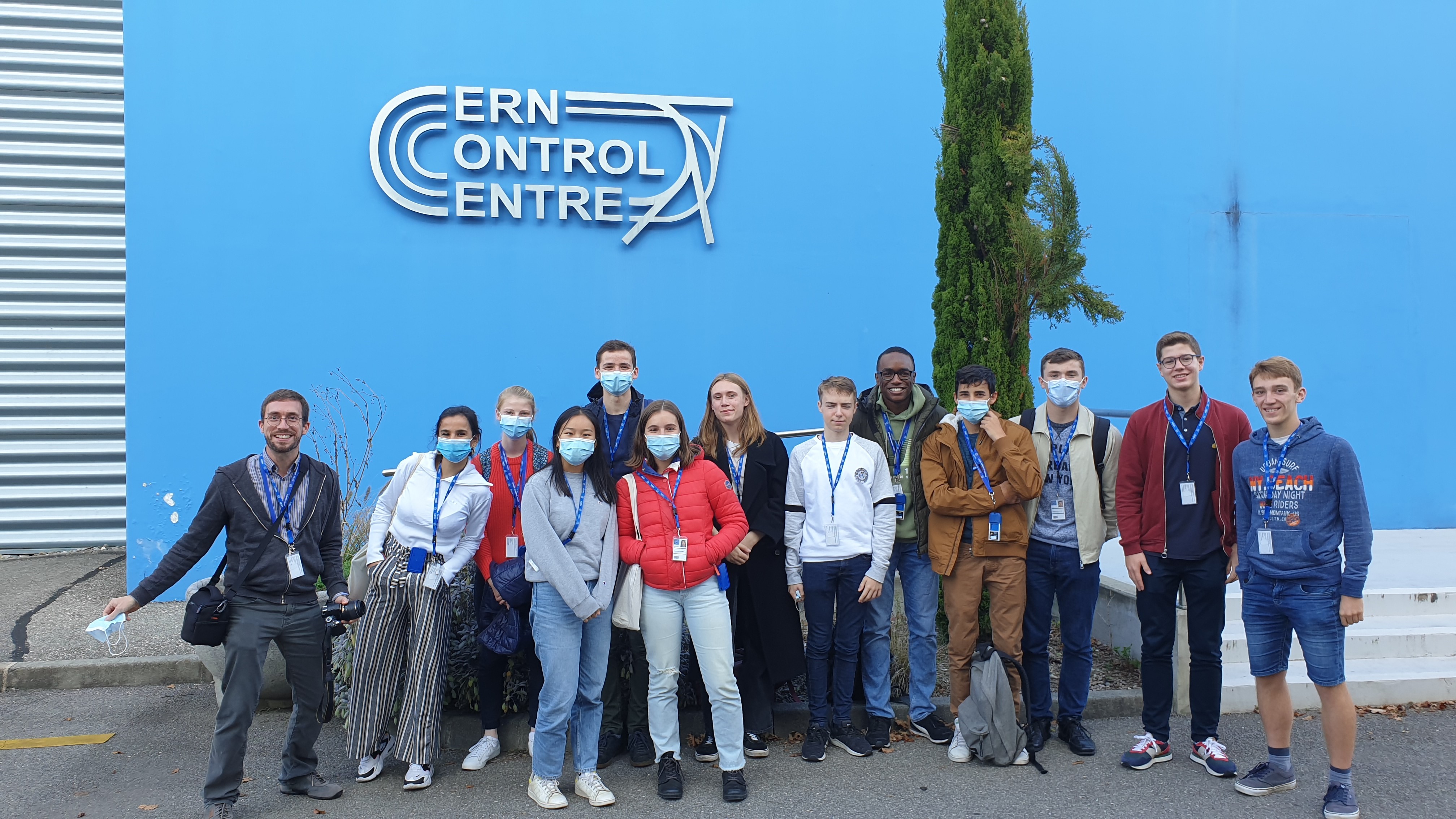 This autumn, 24 Belgian students had the opportunity to participate in the High School Students Internship Program (HSSIP), a two-week internship at CERN. During this internship, from 24 October to 6 November 2021, these 16 to 17 year-olds visited the Laboratory and its facilities. As well as work on projects related to this organisation. In small groups of two or three, the participants had until the end of their stay to complete and present a project. The subject of their project had been assigned to them beforehand according to their interests, all under the supervision of one or more members of CERN (researchers, physicists, engineers, computer scientists, teachers, photographers, ...). 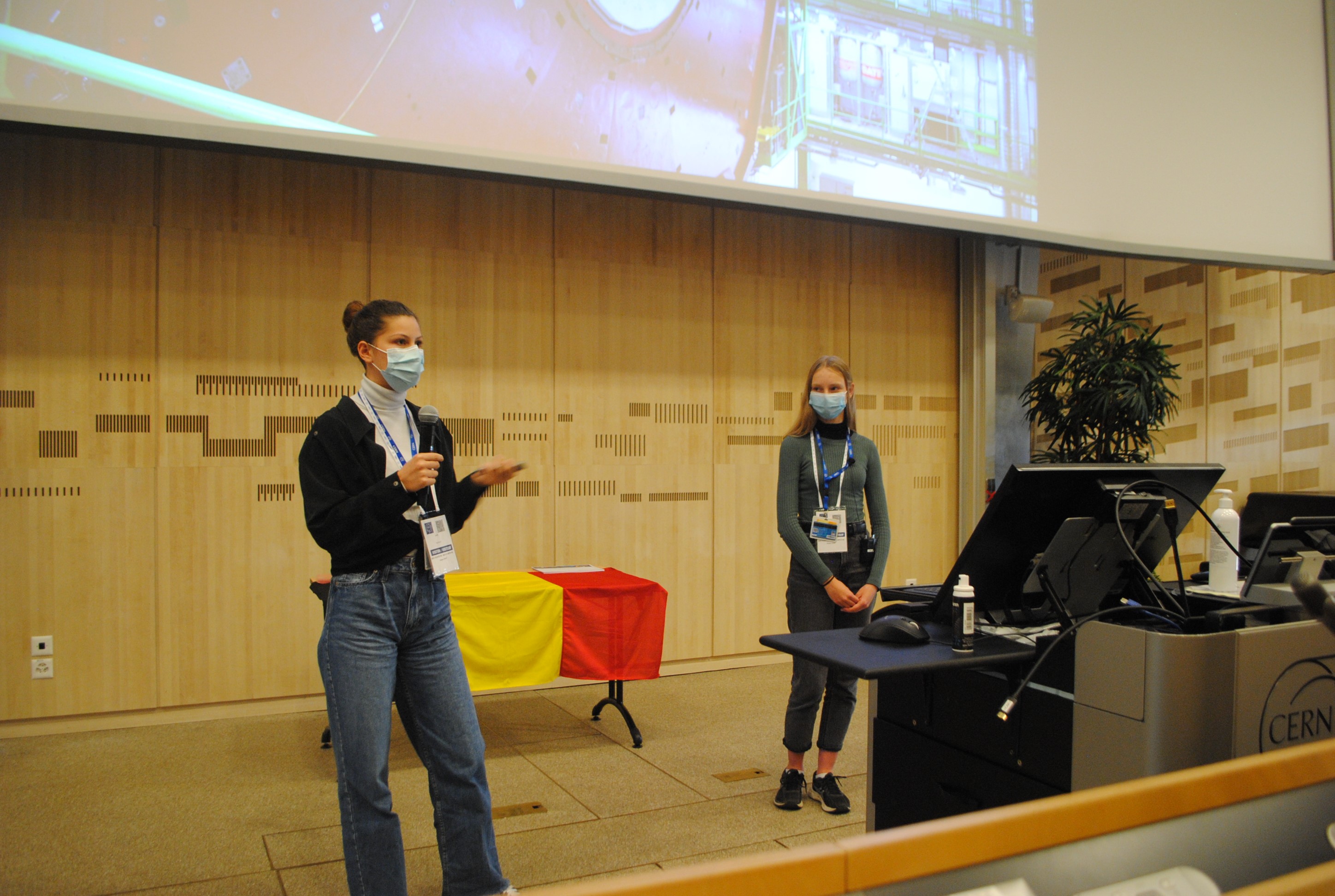 The themes of the projects encompassed different facets of the activities carried out on-site and are representative of the variety of fields closely or distantly related to particle physics. The work of these student groups ranged from muon detection to accelerator management at the CERN Control Centre (CCC), educational resource assessment, radiation safety enhancement, data analysis and 3D visualisation. They also covered computer programming and robotics, artificial intelligence in accelerators, cloud management, scientific audiovisual communication, 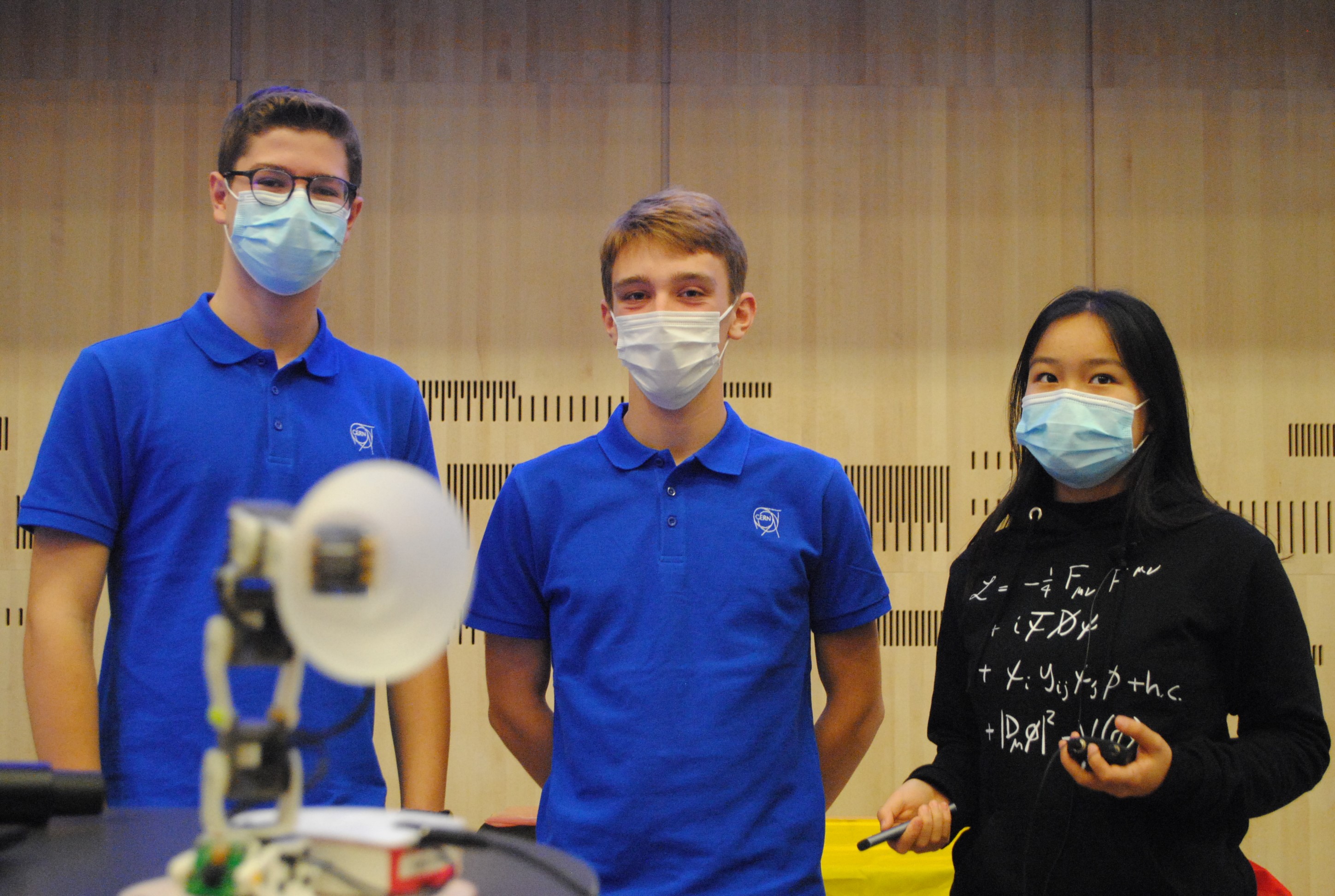 « [...] from a pedagogical and didactic point of view, this course was a great way to highlight the promotion of science. By offering free sharing of its knowledge and humanising the image of the researcher, physicist or technician, CERN is making it possible, through this pilot programme, to contribute to the development of strong vocations for scientists, which we need in various fields », adds Cédric Vanhoolandt, an accompanying teacher. 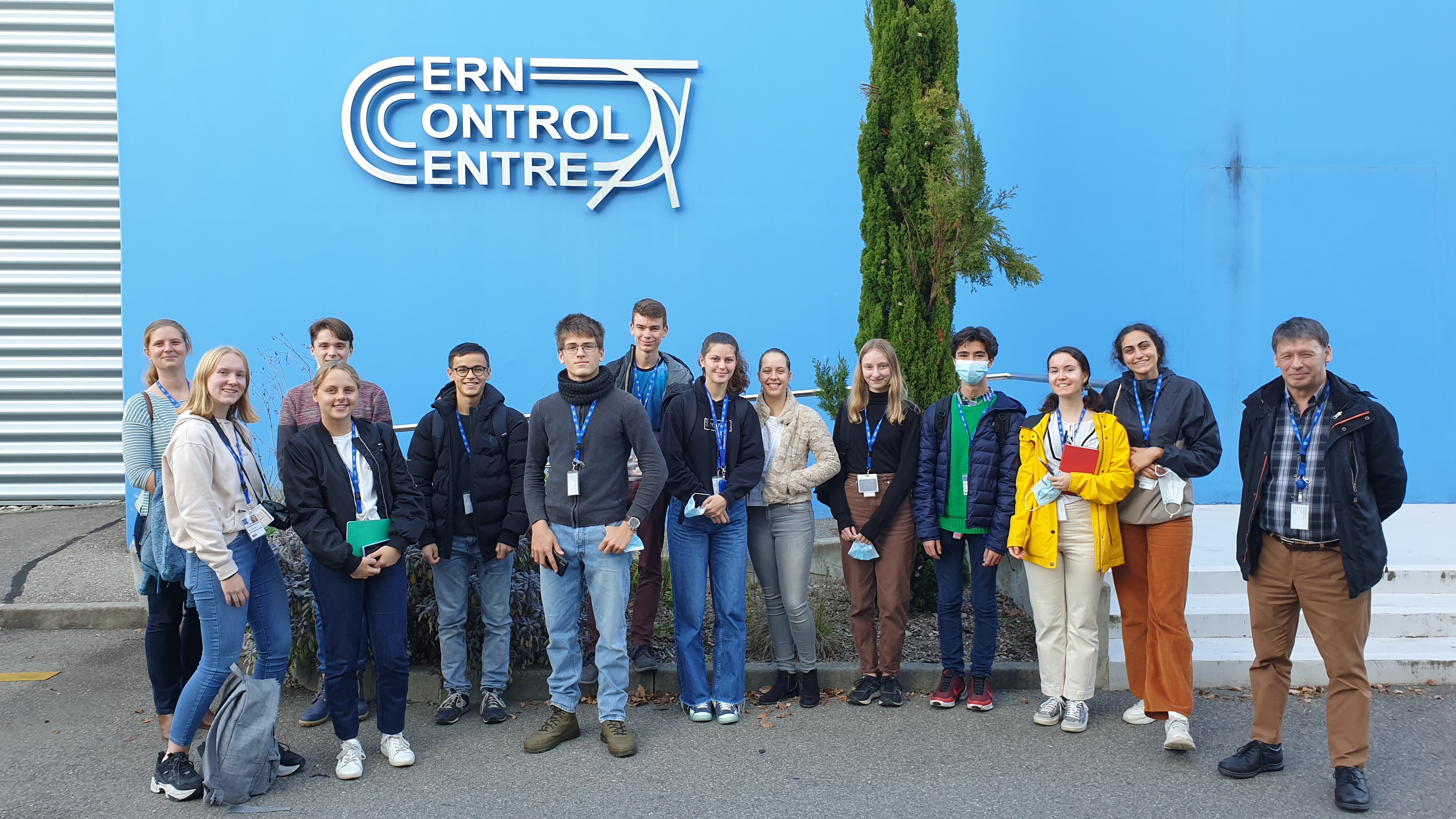 In addition to the hours devoted to the projects, the Belgian students had the opportunity to visit the key centres and highlights of the site, including the Antimatter Factory, the CMS (Compact Muon Solenoid), the Isolde experiment, the LINAC (LINear ACcelerator) and the Data Centre. The programme also allowed students to experiment and manipulate laboratory equipment at the S'Cool LAB to create, for example, a Cloud Chamber in which they could observe cosmic particles. 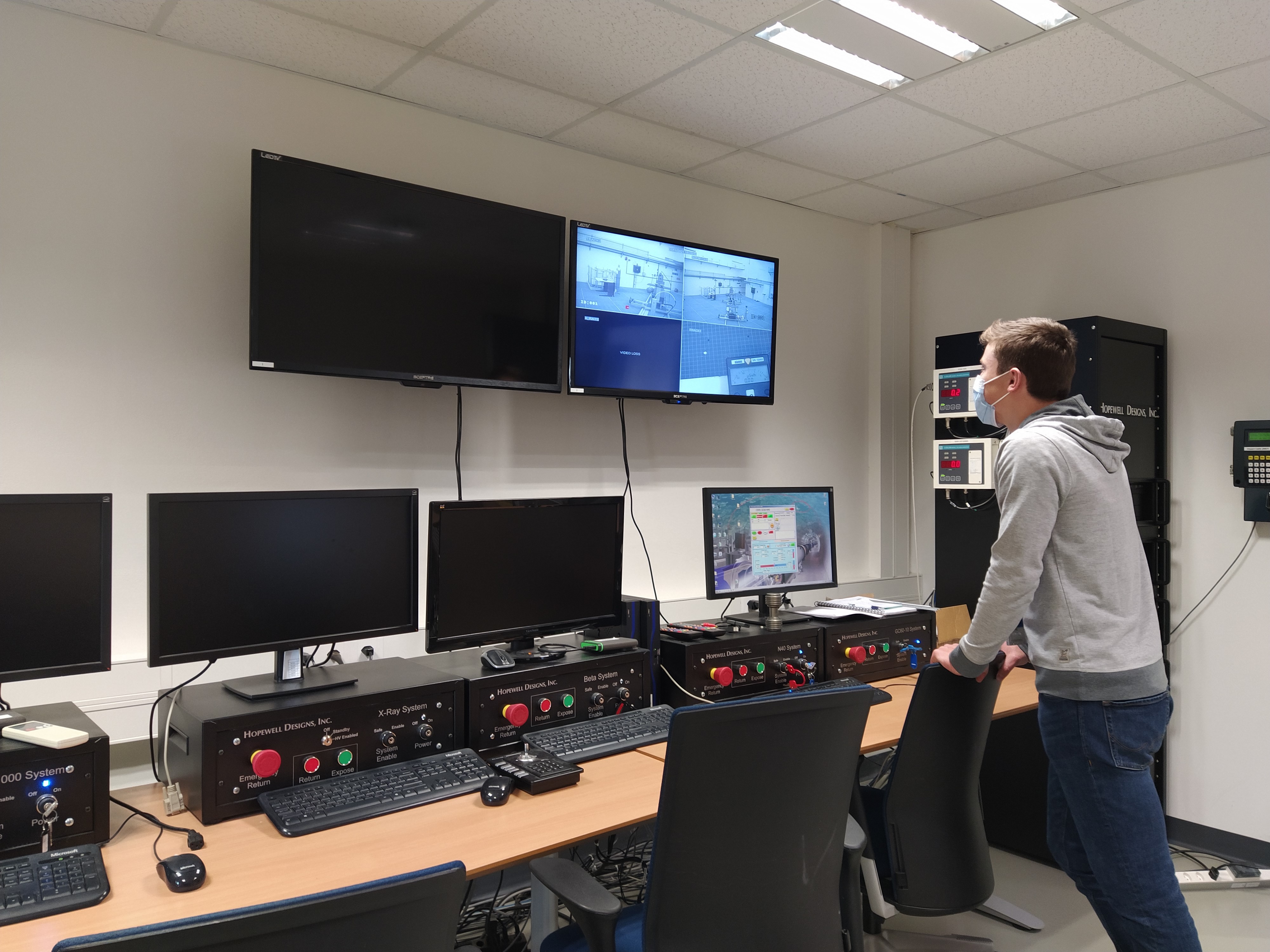 This programme is offered each year to a few member countries. This year was Belgium's turn for the first time, with a record number of participants compared to its population. Indeed, almost 600 students from 4th and 5th secondary schools sent in their applications last May, making HSSIP Belgium one of the most popular editions of the programme. The students were selected based on academic results but, more importantly, a letter of recommendation from a teacher, a video in which the student presents their motivations, and several English essays. Twenty-four participants, from many talented and motivated people, were selected in this way: 14 Dutch-speaking, 9 French-speaking and one German-speaking, thus respecting the community distribution and, overall, gender equity. 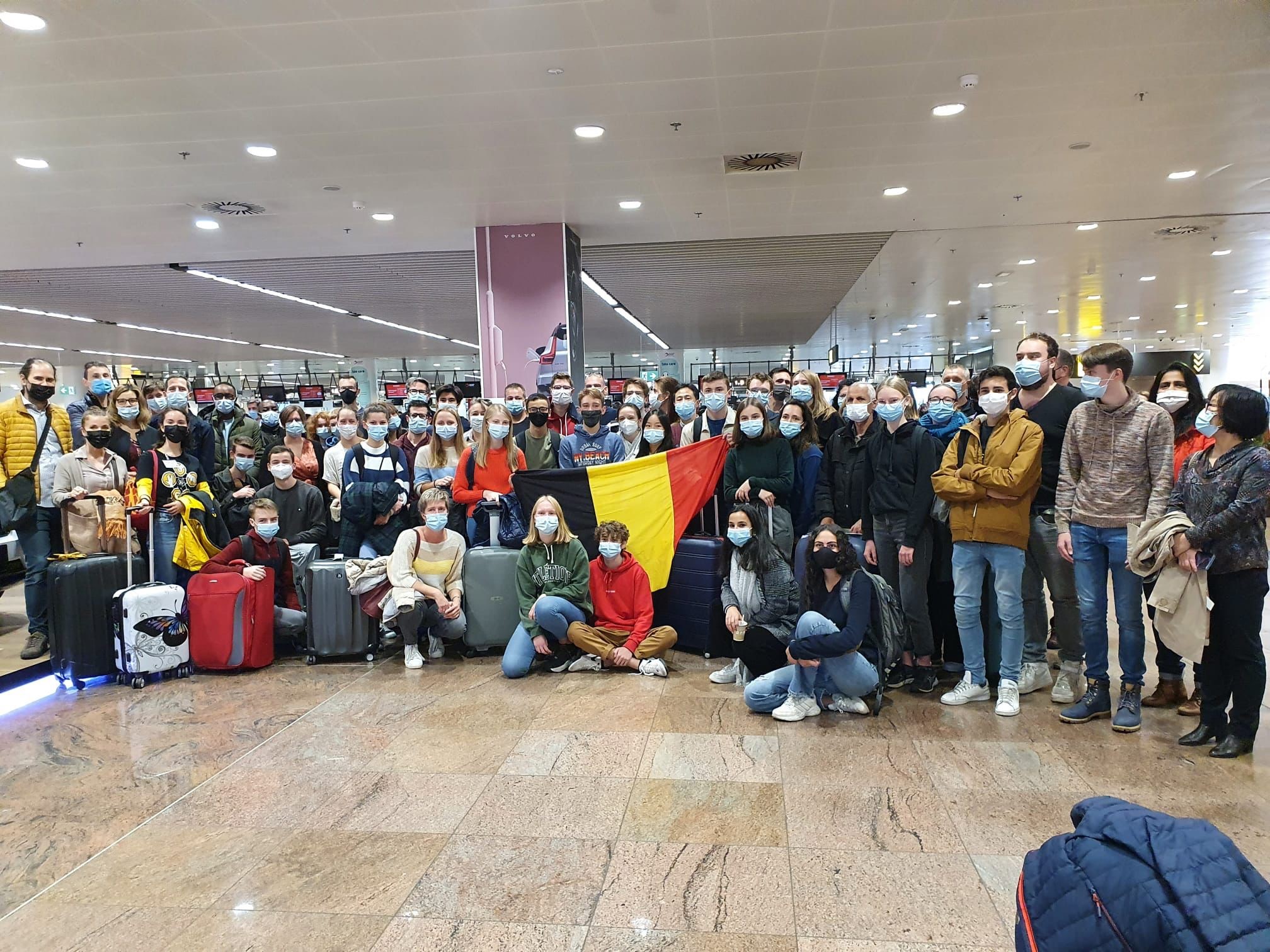 « The national coordinators, who come from the scientific world and the secondary school teaching profession, wanted to show a strong and united image of our multicultural country from the outset. The number of applications received confirms this unity. As CERN shows, science has no use for divisions ». ( Cédric Vanhoolandt )

The young people selected were then informed, after a month of interminable waiting. Almost none of them expected it, given the massive number of participants. Their profiles were very diverse, but they all brought their personal touch to the group. They were also able to learn a lot from each other. In this programme, differences in gender, community or creed did not matter. Their enthusiasm, passion and motivation linked the students together.

« Personally, I was more than honoured to have been able to contribute to this extraordinary experience and to have lived it with the young people for whom it was intended. » ( Cédric Vanhoolandt ) 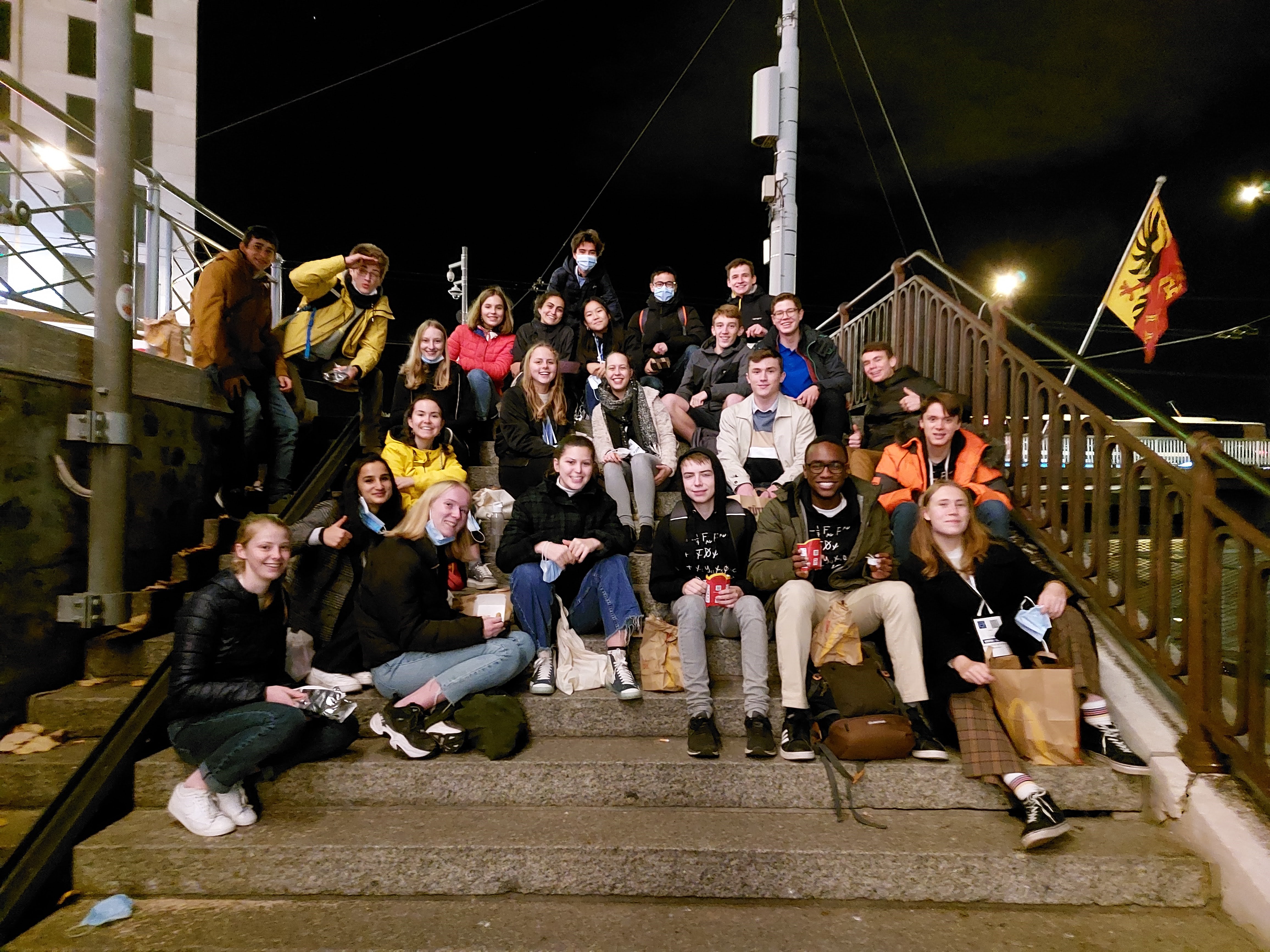 « Unforgettable », « discovery » and « incredible » were words that came up very frequently from the young people to describe the programme they took part in. No doubt everyone experienced the two weeks differently, not least because everyone had unique projects. But what is certain is that everyone came out of the experience feeling grown-up and amazed. The course helped some to find their voices. It helped others confirm their study choices or realise the variety of options offered by the science fields. 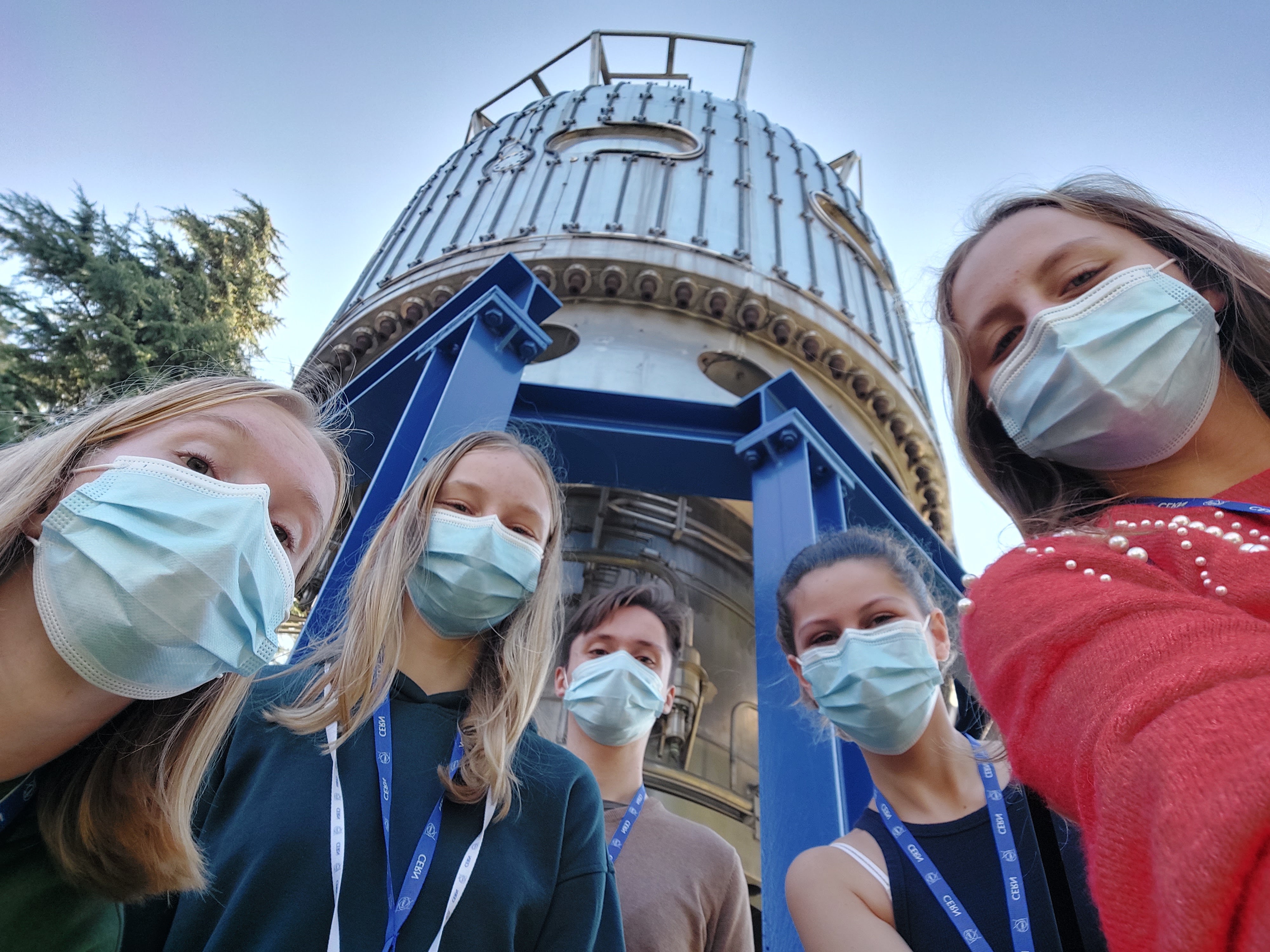 « It's very broad. In science you can be interested in anything. Just do what you do, do what you like and most of the time it will stay in science », says Seppe, one of the young people selected.

In many cases, the internship does not quite match the image the student had of the programme. Many students had imagined a very academic schedule and were pleasantly surprised when they arrived.

« I thought it would be quite strict, that we would all be in our respective rooms at 5 p.m. », adds Runa, a participant in the programme. 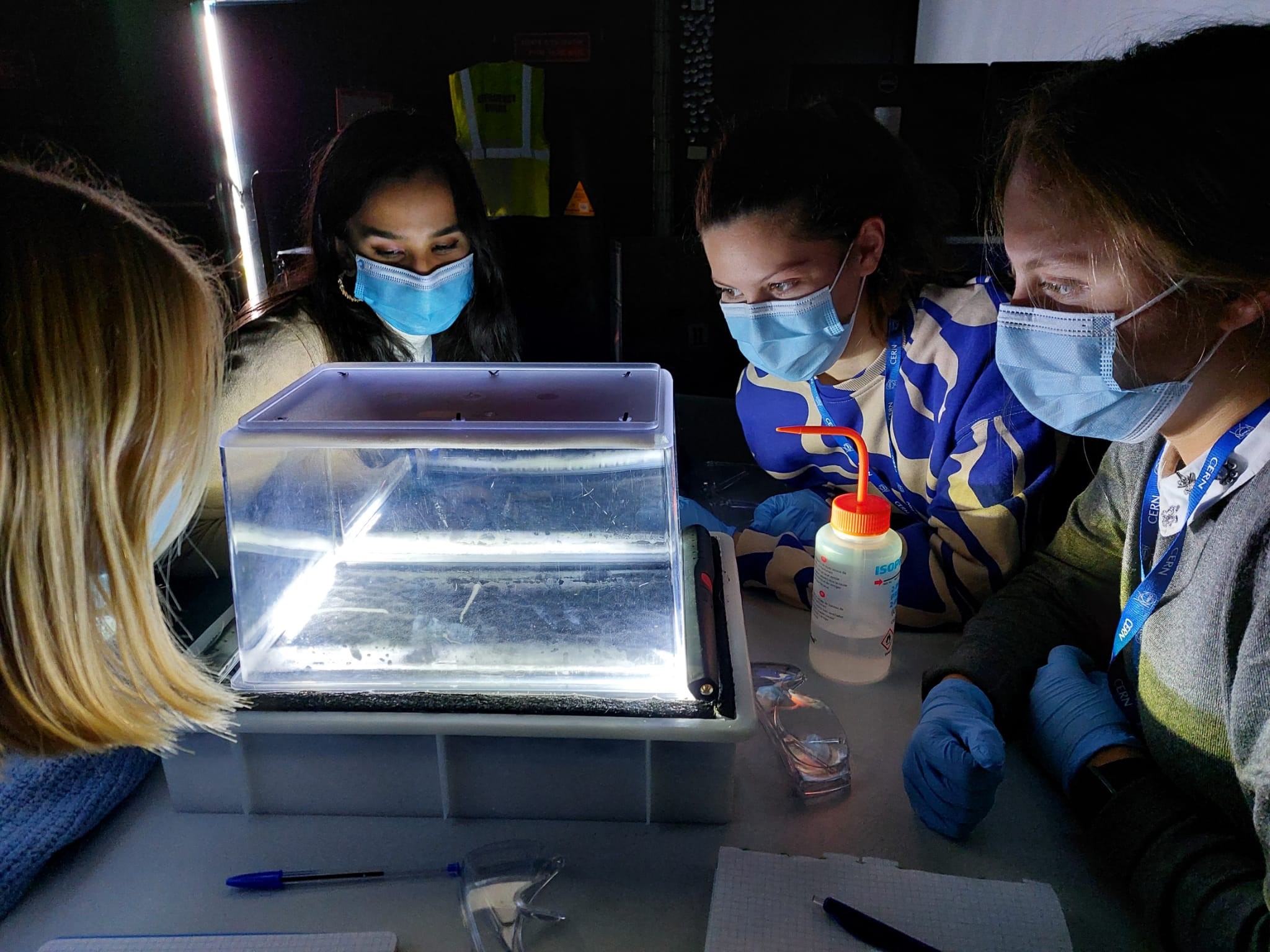 The programme turned into an enriching experience in all aspects, participants minds thanks to both the activities offered and the group dynamics. They all encourage other students to try their luck with similar programmes that could leave as much of an impression on them as this HSSIP. 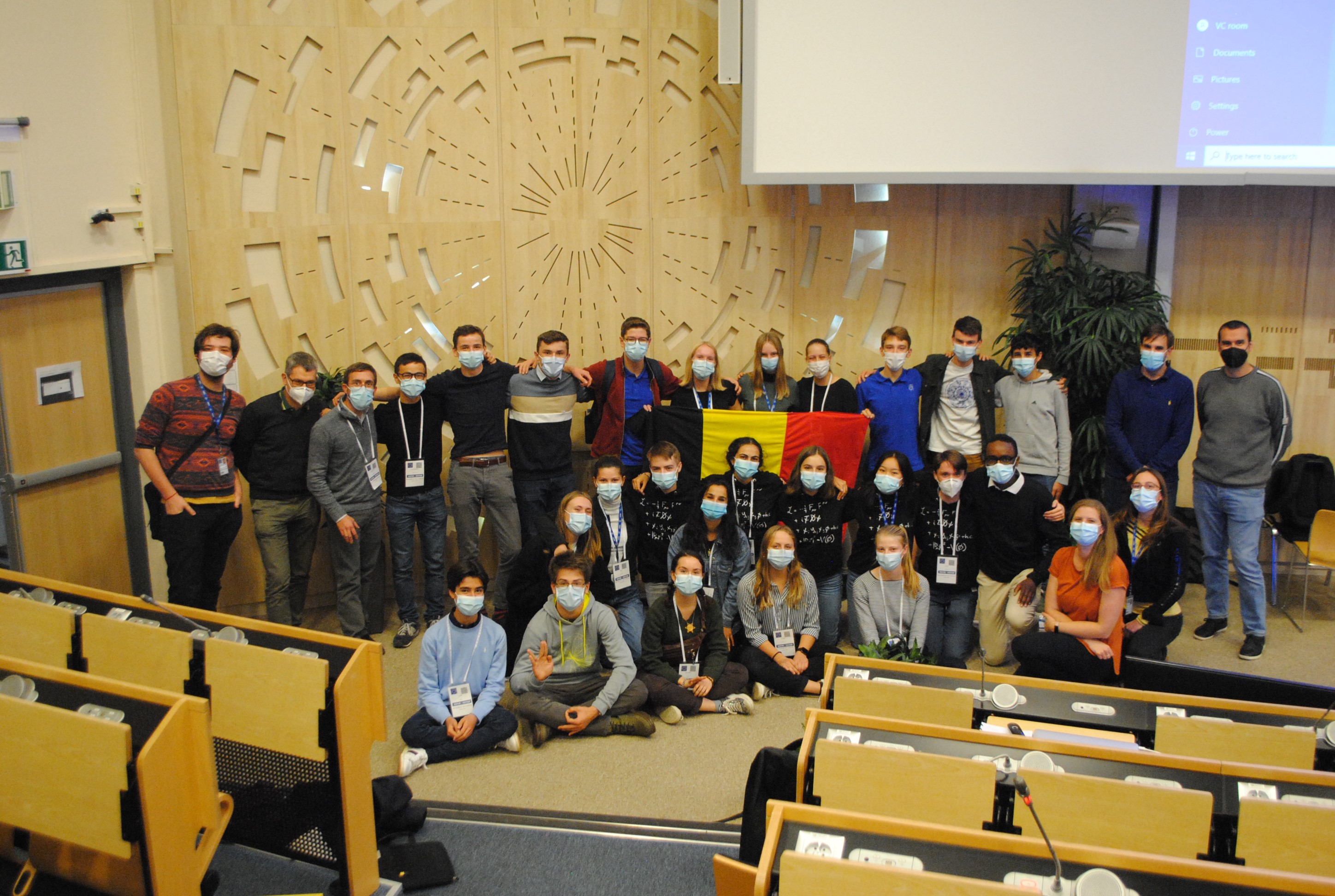 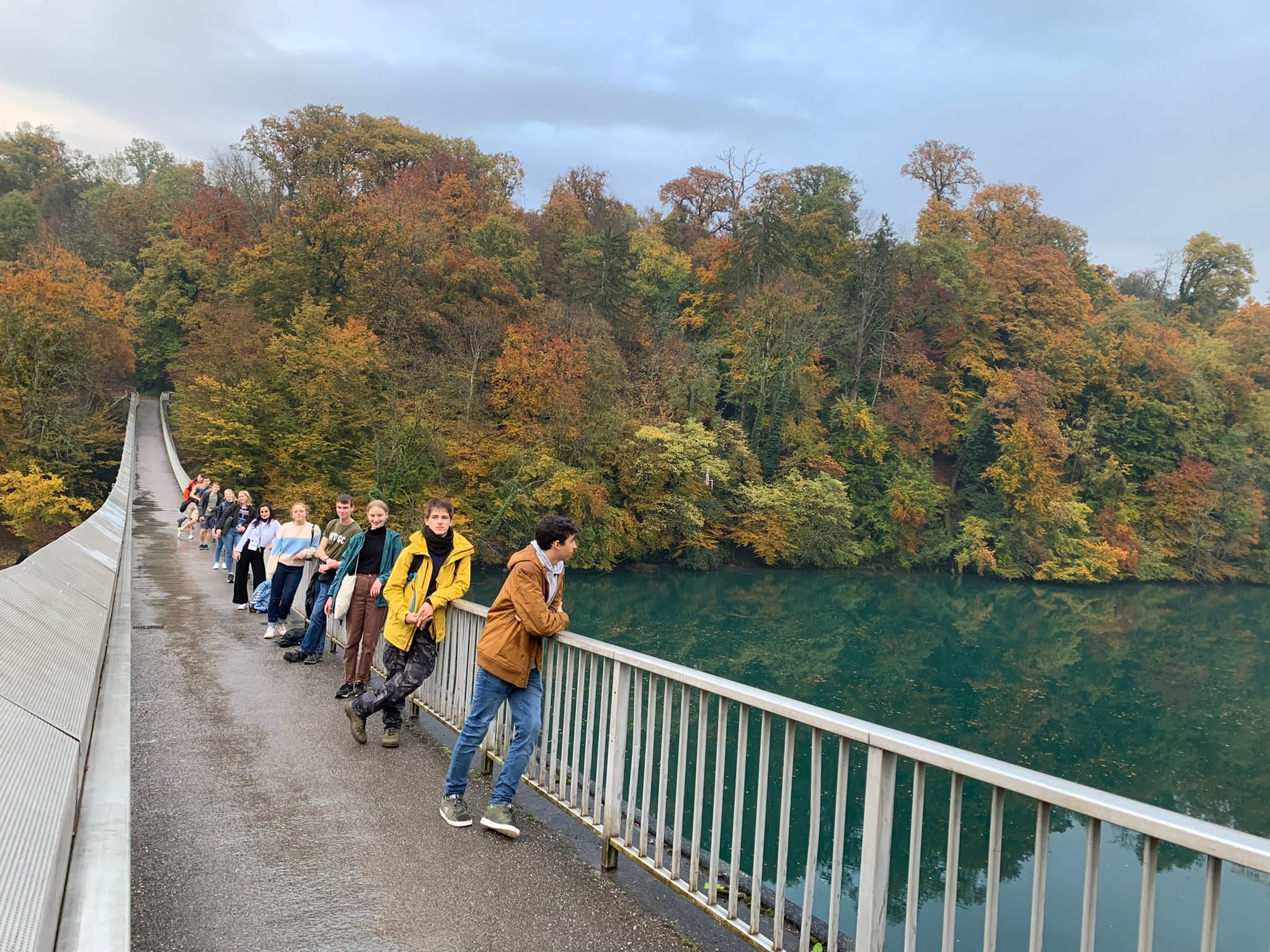 Many thanks to François Briard, the coordinator of this HSSIP Belgium,

to all the project supervisors,

and to all the CERN members who were involved, in one way or another, in the smooth running of the course!

2 of the 24 selected students wrote this article: Satya Libert and Margot Portier, both in secondary 6, respectively from Athénée Fernand Blum in Schaerbeek and Institut Saint-Joseph in Welkenraedt, as part of their science communication and audiovisual project.