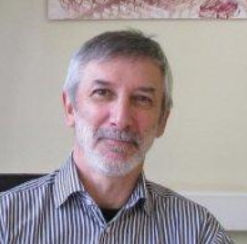 Since January 1, 2017, Prof. Dirk Ryckbosch is a Belgian delegate to the CERN Council. He replaces Prof. Walter Van Doninck who filled this position for many years, and additionally was vice-president of the Council.

Dirk Ryckbosch graduated as master of Physics in 1979 from Ghent University, and in 1984, obtaining his PhD in Physics, in Ghent too. At that time his research was focused on subnuclear degrees of freedom in atomic nuclei. He pursued that line of research at electron accelerators at different laboratories around Europe: Saclay (France), Lund (Sweden), Amsterdam (the Netherlands), Mainz and Bonn (Germany). From 1995 on he moved towards high-energy physics and joined the HERMES experiment at the HERA-accelerator in DESY/Hamburg (Germany). Between 2001 and 2003, he was spokesperson for the HERMES experiment, studying the spin structure of the nucleon.

In 2000, Dirk Ryckbosch was appointed associate professor at Ghent University, and presently he is senior full professor at the Department of Physics and Astronomy. He has been chair of this department since 2006.

The research group Experimental Particle Physics which Prof. Ryckbosch established and leads, joined the IceCube neutrino telescope experiment in 2005, and in 2007 the CMS-experiment in CERN. Presently, the group consists of about 25 physicists, of which about 15 are active at CERN.

According to Dirk Ryckbosch, sharing our passion for fundamental research (and particle physics in particular) is an integral part of a researcher's task. On a yearly basis he gives about 20 talks to a broad audience, he organizes the Masterclasses Particle Physics in Ghent, and provides advanced courses for physics teachers at secondary schools. For the past three years, he has represented Belgium in the International Particle Physics Outreach Group (IPPOG).

Being a member of the CERN Council is a unique opportunity to contribute to the fundamental research carried out at CERN. As one of two Belgian representatives in the Council, part of the task is to act as a contact person between CERN management and the Belgian researchers. But also between CERN and the many stakeholders in Belgium: companies able to provide CERN with state-of-the-art technology, companies that can help develop technology with CERN, policy makers that have to ensure the continued support for fundamental research, and last but not least, the general public that supports this research.